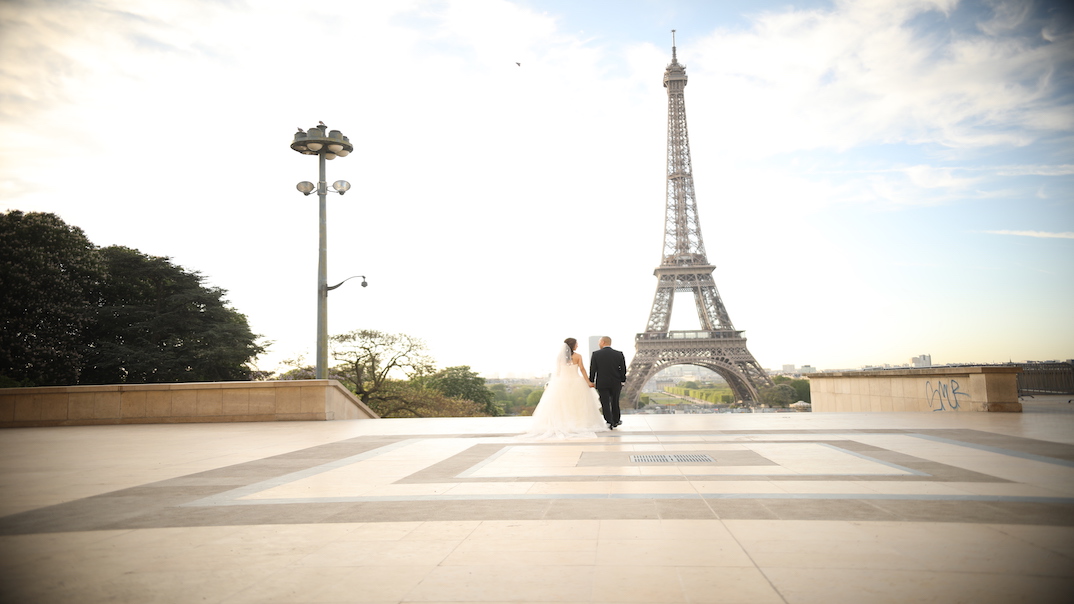 We had the privilege to capture, in the most romantic city in the world, Juliana & Paul’s Ritz Paris Destination Wedding! We actually captured the first look at dusk at the famous Trocadero steps with the Eiffel Tower in the background.

The sunrise light was beyond words and different than any light we experienced (or at least I think, haha). But it definitely was such a beautiful light at that time.

We were so so honored to have worked with Oliver Fly Photography who was familiar with the city and took Paul & Juliana near the steps while still maintaining the Eiffel Tower in the background.

They then got ready at the Saint Petersbourg Hotel followed by some portraits in front of the Ritz as well as in the back of the reception/cocktail hour room.

The official ceremony at the Ritz then occurred, followed shortly by the reception. It was such an intimate time with family and the events from the cocktail hour, toasts, and cake were such a treat, literally.

It was such an unforgettable time in the city of lovers and we are so honored to capture these memories for them! Enjoy the film above!