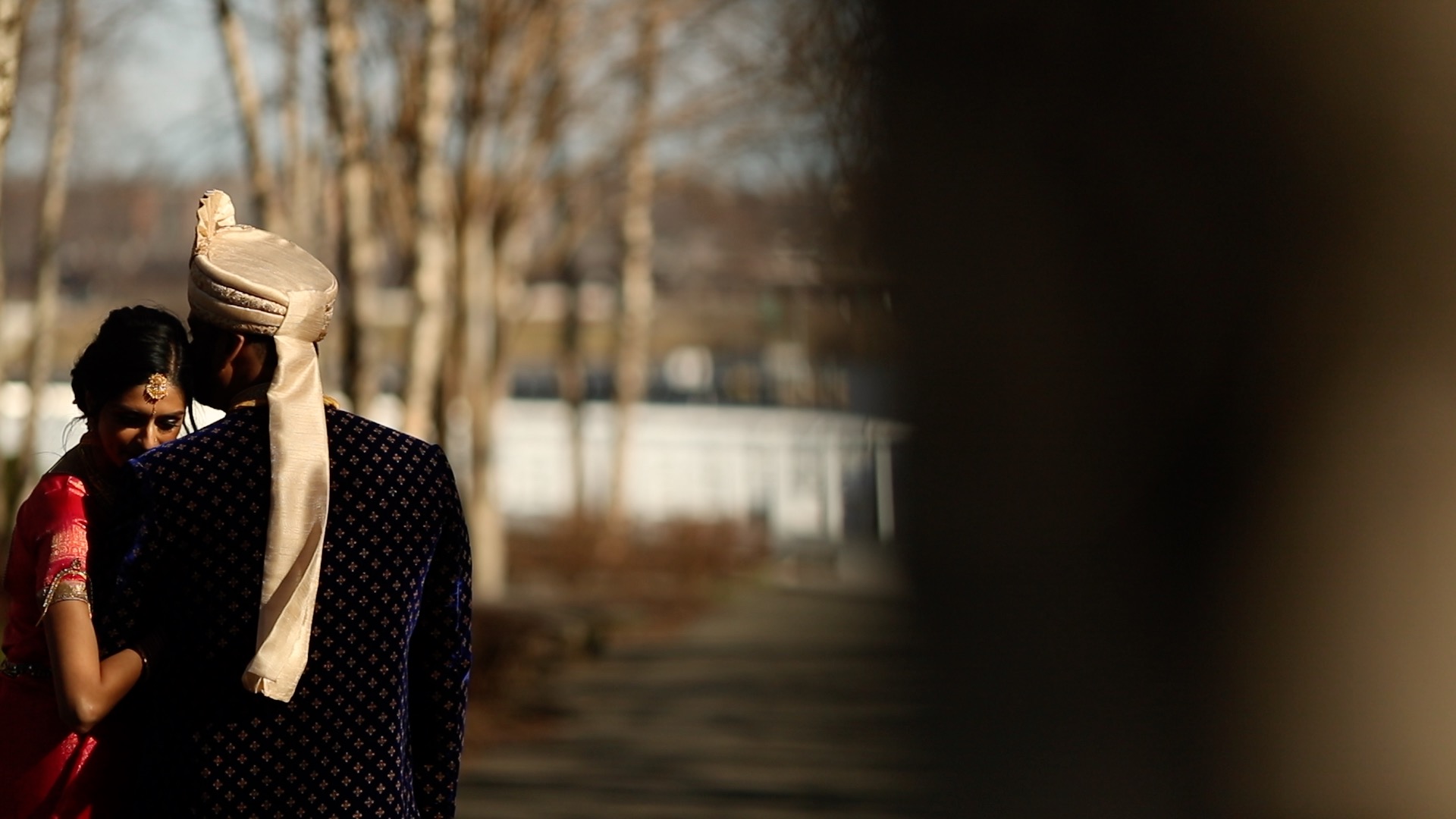 It was my first time shooting a District Winery DC Wedding. Due to high winds they moved the ceremony indoors, however, the light still shined well during the traditional Hindu ceremony.

However, the day first started with us for Vineetha & Nihar’s first look.
Both their attire looked stunning and they were so excited to see each other for the first time dressed up. Vineetha was especially happy to see Nihar in his “cute” turban.

Soon after the first look, the traditional Baraat took place. For those who don’t know, think of the Baraat as one long entrance from the groom to see his new bride awaiting him.

Some Baraats have elephants, but Nihar rode on a horse along the streets next to District Winery and eventually made his way to Vineetha’s parents and family waiting for Nihar and his crew of dancers and family.

They performed some Indian mantras and traditions which you can see in the video above.

Their ceremony began beautifully and went off without a hitch, despite the many customs and traditions that took place under the Mandap canopy, such as the mantras, pouring of certain liquids, circling around the fire, some more bling, etc.

They both got changed in time for the reception and entered the reception with their bridal party with the parents dances shortly following. After, they performed their first dance to John Legend’s “All of Me” with a beautiful orchestrated dance. Throughout the rest of the night were the sweet and meaningful toasts from beloved ones and a casual night with dancing, followed by their epic sparklers exit.

I couldn’t have asked for a more perfect day in March in Washington DC and for such an awesome couple as Vineetha & Nihar. Congrats again to you two!!