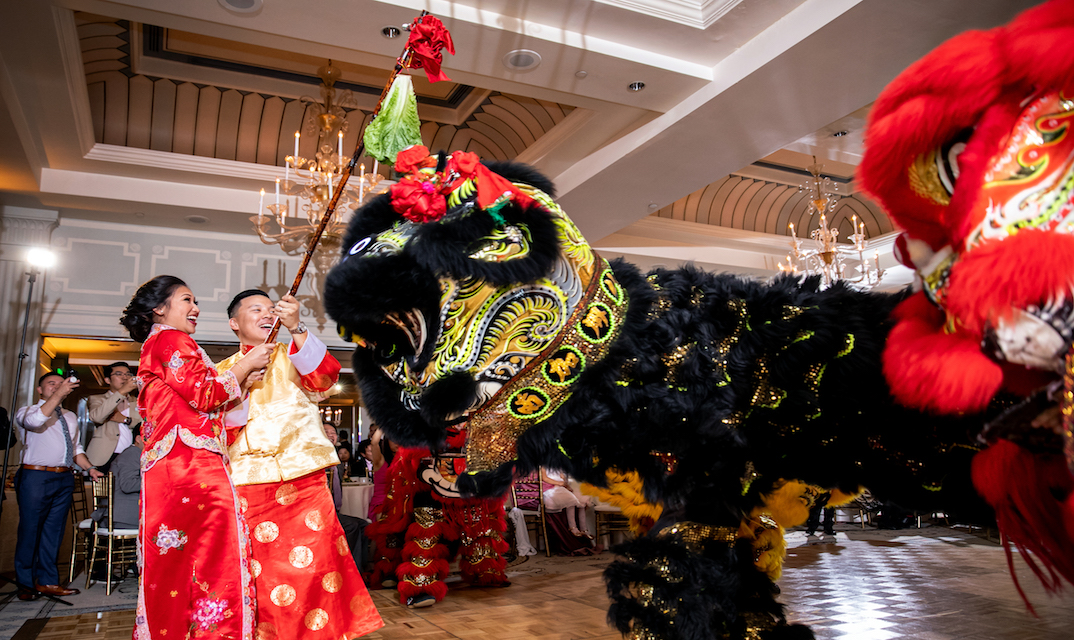 Hotel Casa Del Mar was Nancy & Kevin’s wedding venue but the day before was their tea ceremonies in both their homes in Orange County on Friday, October 12th.

It’s Chinese custom for the groom to play some games to be allowed to enter the bride’s home. After doing some challenges such as all the groomsmen having to hula-hoop together for over 3 seconds as well as eating some interesting concoctions, Kevin was allowed to see Nancy and they proceeded to the first tea ceremony in Nancy’s home.

Soon after there was a spectacular entrance into Kevin’s home as he pulled up to his house with Nancy in his vintage Porsche. As they walked up the red carpet into his home, they proceeded with his tea ceremony and ended driving off into the sunset (or more like up the hill and down, during noon-time, haha).

And now for the grand spectacle of their beautiful wedding in Santa Monica. It was forecasted to rain, but there was just enough sunshine starting right before the ceremony time!

As soon as they both got finished ready – Nancy at Hotel Casa Del Mar & Kevin at a nearby Airbnb, they decided to do a first touch and not a first look.

After the beautiful ceremony finished and some photos being taken, the grand entrance occurred followed by their first dance. I love me some karaoke so it was fun to see some guests including actor George Chung take the mic!

They then changed back into their Chinese uniforms as they wore the day prior and watched the Lion Dancers (Immortals Lion Dance Troupe) prowl their way in. It was a first for us to see this amazing performance and exhilarating to film!

They then changed into their Cambodian outfits and heard some emotional toasts followed by the cutting of the cake. It was so great to experience this perfect wedding day between such kind people.

Kevin & Nancy work in the medical industry and their hearts reflected this as they took care of us and made sure our day went smooth as well. It also helped that Kevin has experience with being behind the lens as well! Thanks again to both of them and we’re excited for their journey ahead of them!

To check out another similar themed wedding, click here.